Magic is the story of an impressionable young man, Charlie, and his endeavour to discover the true nature of magic. It's an entertaining and light hearted little story, with plenty of surreal weirdness going on. 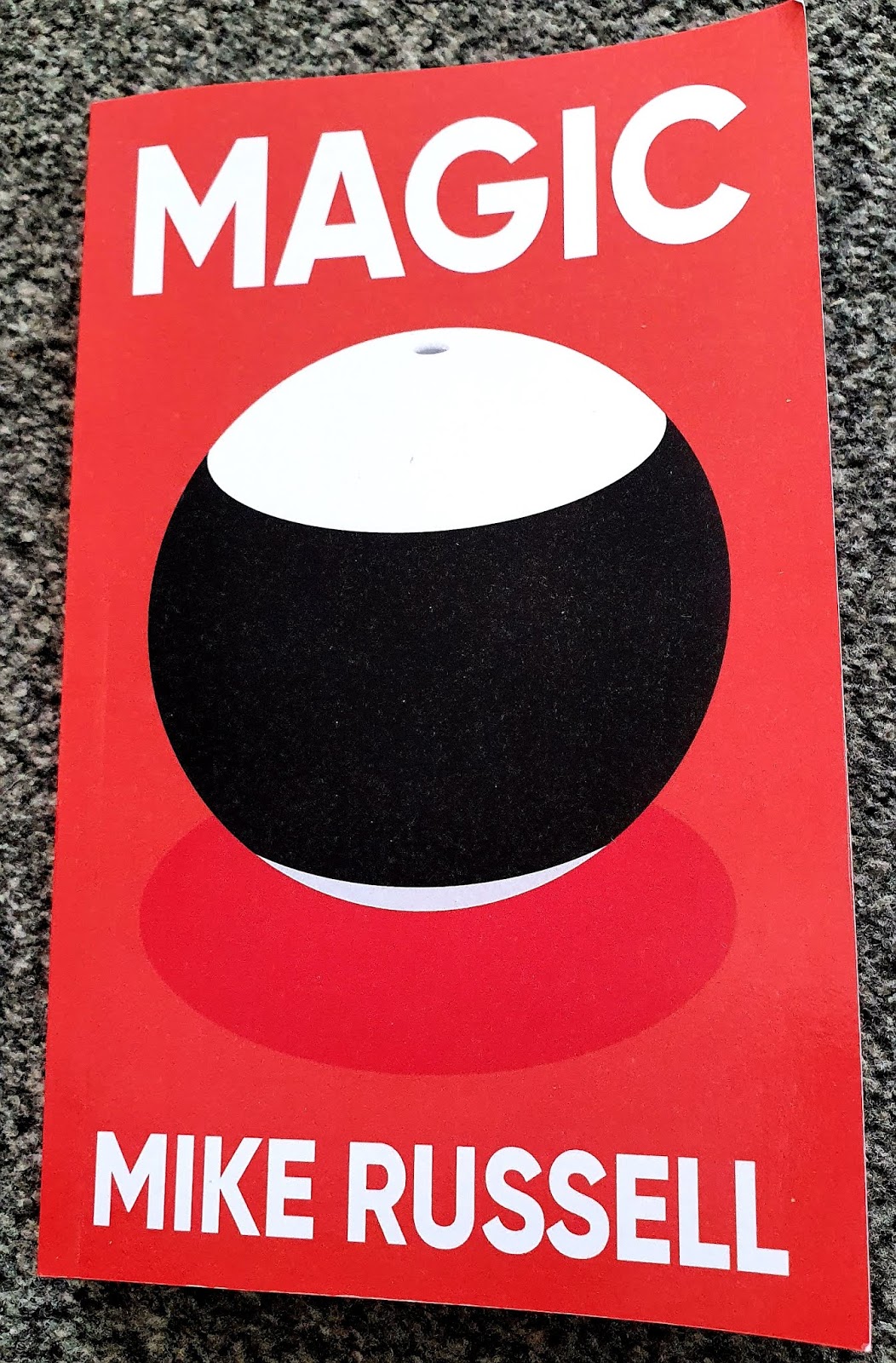 Magic tells the story of Charlie, who has led a tragic life. He is orphaned, which is perhaps for the best, after the way his parents treated him. He was taken in by Manzini the Marvellous, who taught Charlie about the world, and according to  Manzini the answer to all of life's questions always led back to magic - but not the wizard kind of magic or god kind of magic, Manzini explained all of life's secrets with the show business, magician kind of magic. Death, love, creation, how and why are all explained as being magicians' tricks. All of these explanations satisfy Charlie, even his parents abuse and deaths are chalked up to magicians mysterious ways, and explained in a way that Charlie finds conclusive. Naturally, Charlie became fascinated with magicians. They're responsible for all of life's wonders, the only person who has ever loved Charlie is a magician, and also he is kind of impressionable. All of this adds up for Charlie to be utterly obsessed with magicians. This is the premise of the book, then the story revolves around Charlie exploring what magic really is. The story is told through Charlie's eyes, and he is a simple man, full of innocence and naivety despite what he has been through. It's a nice first person perspective which simplifies what is going on in the story.

Mike Russell's style is a bit of a strange one. He creates surreal worlds, which are totally original and in danger of becoming wacky but luckily Russell has the good taste to stop things from getting too out of hand and becoming weird for the sake of it. The books are strange and unique but in a natural way. I don't think Mike forces himself to think of the weirdest or strangest things he can, rather he just has an unstoppable, natural quirkiness.
This is the second Strange Books title I've read, Strange Books being the vehicle for Mike Russell's works.  I have previously reviewed The Exploding Book, which I described as bizarre and truly out there. This book isn't quite as off the wall, but it still exists in some sort of parallel world, which is simalar to our own but pretty detached in many ways.

So that's the main talking point out the way. With a brand called Strange Books, I think a lot of focus goes on how strange these books really are. But there is more going on here. The subject of magic has a rich potential, which Russell dives into, exploring every facet of the concept. What really is magic? Cheap parlour tricks? Creation? Life? Death? Consciousness? Just everyday stuff like bits of wool or some twigs? I dont know, I'm just a simple book blogger. Mike Russell has found a good trick here - he has balanced a big weighty subject (several actually, loss is a big theme, as is mental health) with a whimsical style which manages to keep things relatively light but get us thinking at the same time. Charlie's child like way of viewing the world gets some weighty ideas across in a simple way, so there is kind of a duality running through the book. There's what Charlie tells us is going on and what we know is really going on, such as other character's motivations or the lessons to be learnt from the book.

All told, this is a great book. I liked The Exploding Book more - it was more original and had a sharper point to it, but Magic is definitely still worth a look.


Get Magic on Amazon here